The motivation behind every stage of our research, development and production process comes from the wish to create exclusive products with exceptional sound quality and longevity, which ignite passion in the user, and reflect the true spirit of Stellavox while embracing the technologies of today. 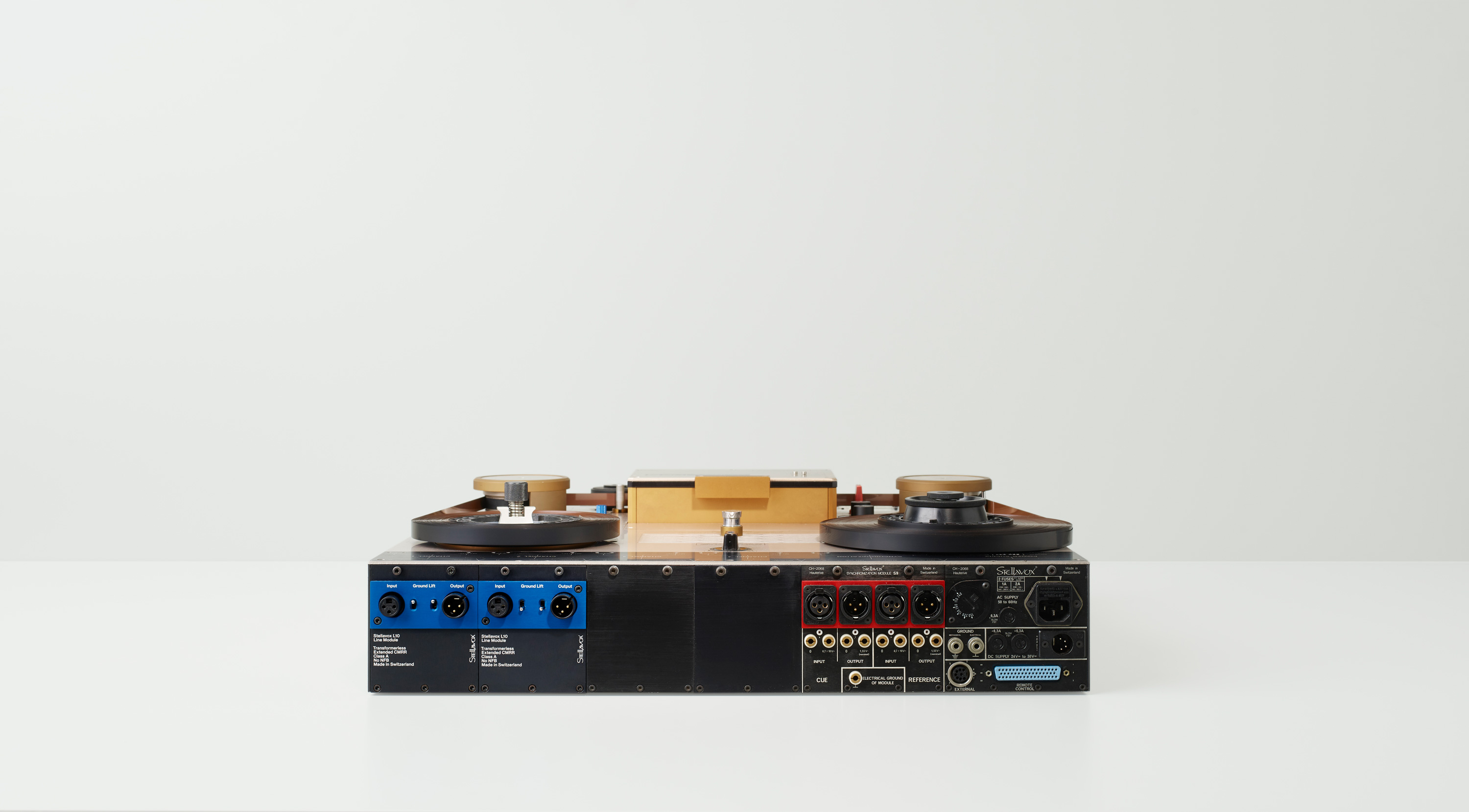 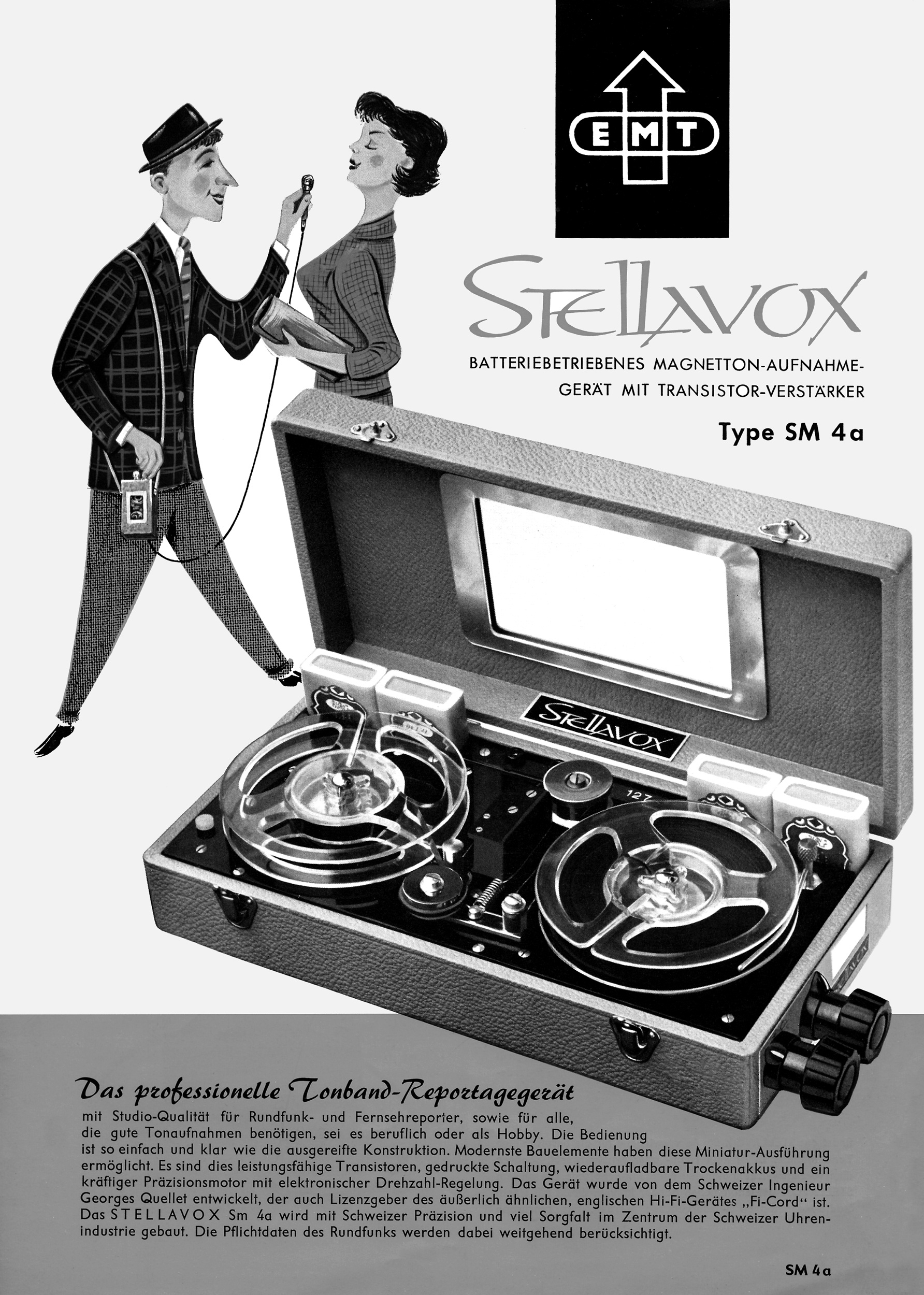 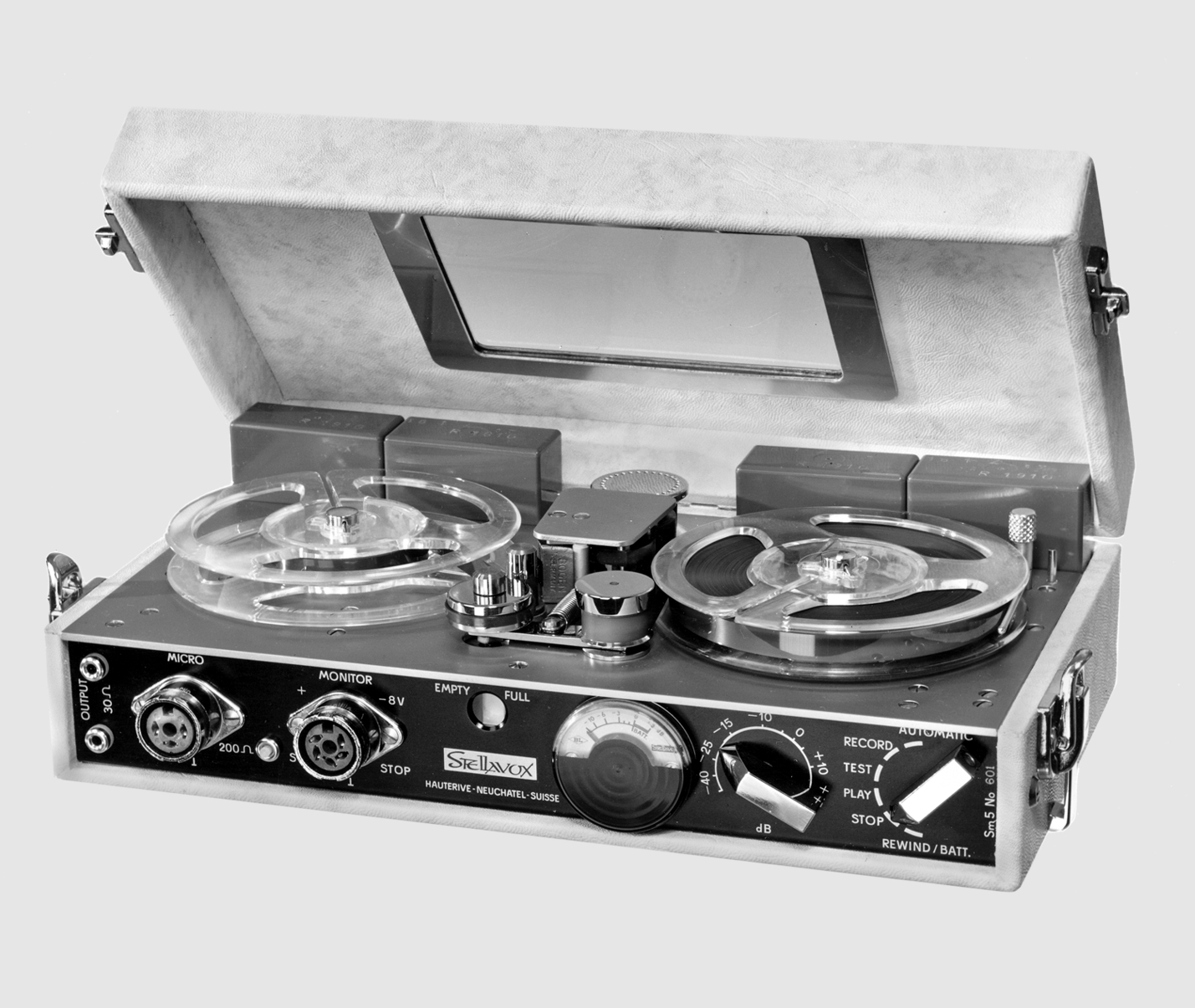 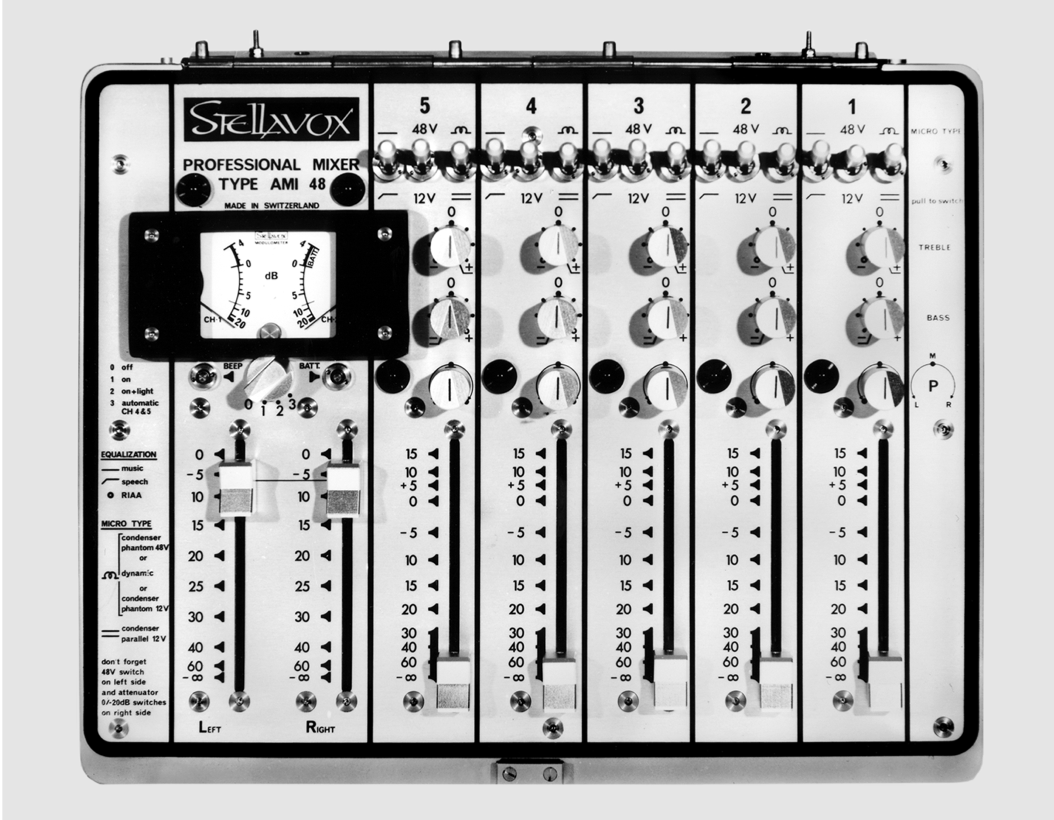 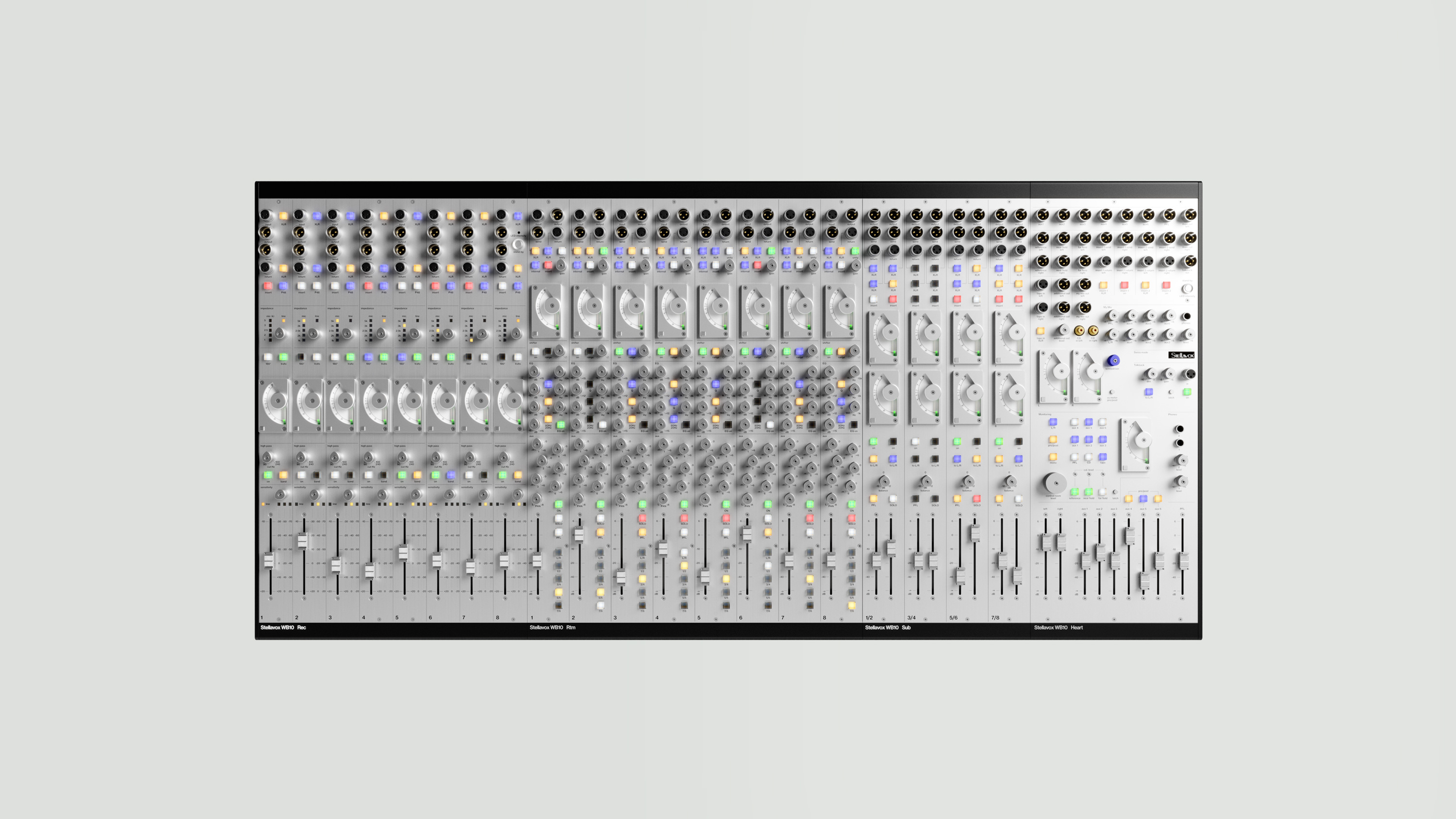 The website www.stellavox.swiss (the "Site") is the property of STELLAVOX S.A. ("STELLAVOX"), which has created it for information, communication, and entertainment purposes and made it available to users exclusively for personal, non-commercial, use.

The trademark STELLAVOX, the trademarks on STELLAVOX products and promotional activities that are displayed on the pages of the website (including the relevant logotypes) as well as any other distinctive signs, whether denominative, figurative or consisting in a slogan, related to them (hereinafter the “STELLAVOX Trademarks”) are the exclusive property of STELLAVOX S.A. and/or of other Companies of the STELLAVOX Group. Any use or reproduction of such STELLAVOX Trademarks for whatever reasons or by any means is expressly and strictly prohibited and shall be prosecuted under relevant laws.

The trademarks, logos, and characters belonging to third parties, which are displayed in the website, are the exclusive property of their owners, who have authorized their use: any reproduction is prohibited.

The web pages constituting the website, and all relevant contents (including, for example, but not limited to: text, images, graphics, sounds), are protected by copyright owned by STELLAVOX or include material the use of which has been duly authorized; thus their reproduction, duplication, publication, transmission (in whole or in part) in any form or by any means is prohibited. No reproduction of the website or any part of it may be sold or distributed for commercial purposes.

No reproduction of the website or any part of it may be sold or distributed for commercial purposes.

Quellet hires his first employee and the Sm0 tape recorder is produced, quickly followed by the Sm1 and Sm2. With the launch of the Sm3, Stellavox brings the smallest-ever tape recorder to market. 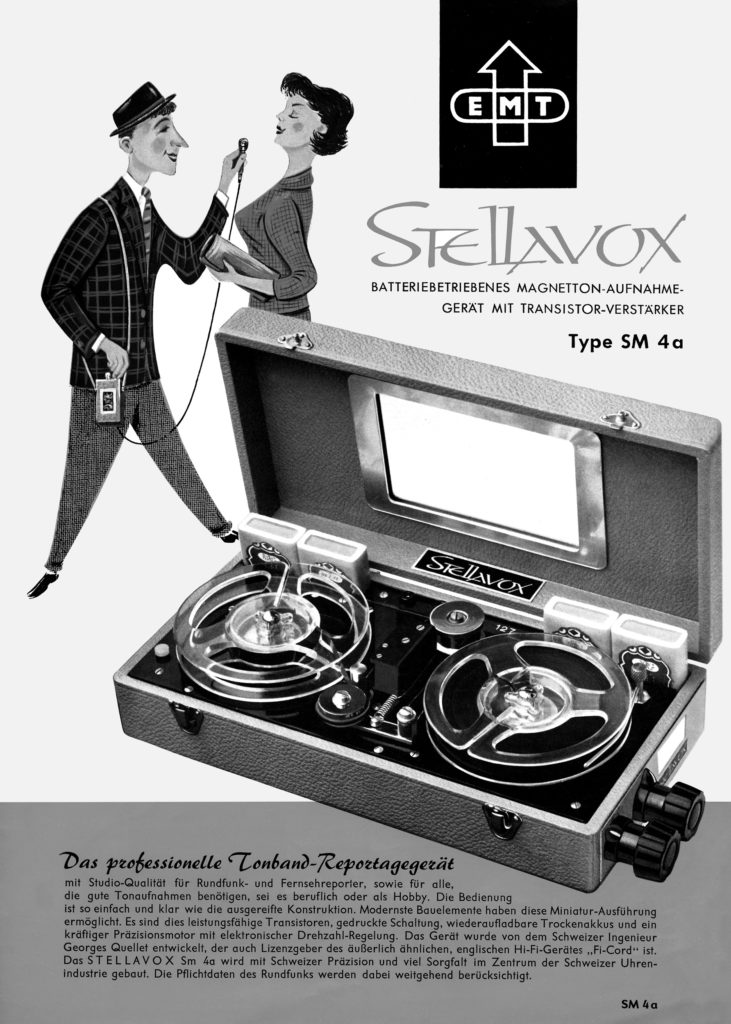 Further developments lead to production of the Sm4 and Sm5. The company grows and new employees are hired.

Eight people now work in the Stellavox laboratories. Thanks to its reliability and excellent sound quality, the Sm5 proves a resounding success and becomes a firm favourite with radio journalists and documentary film directors. 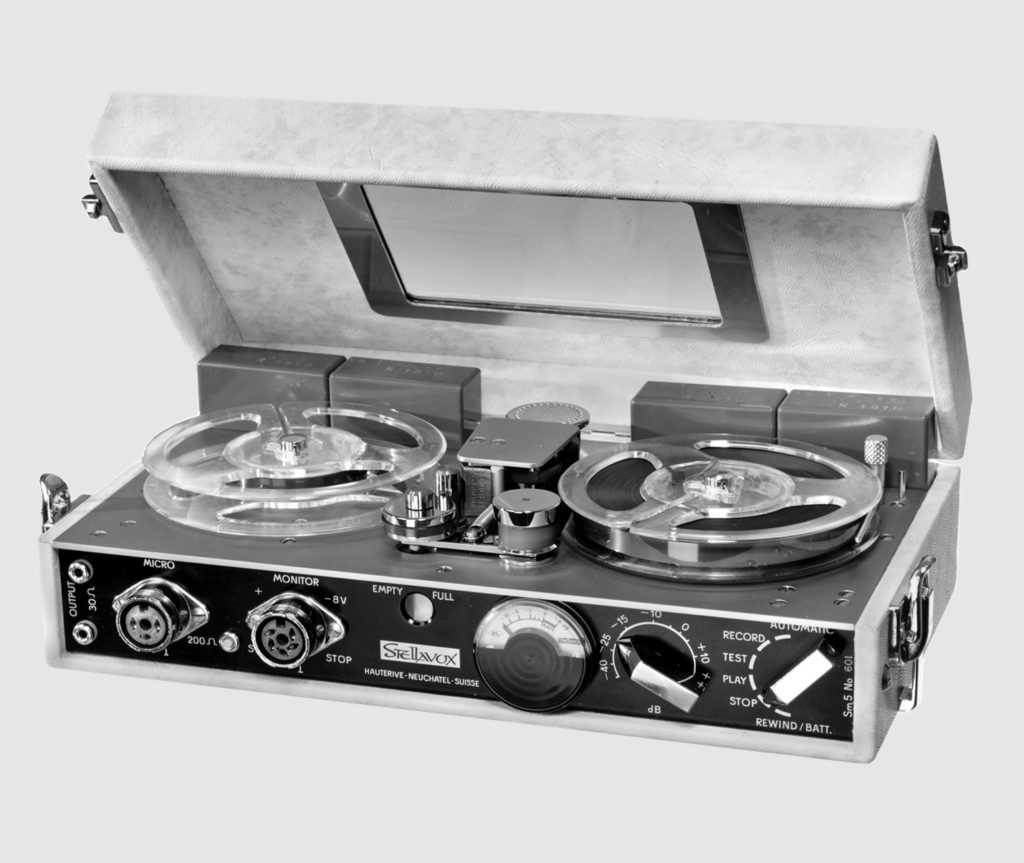 SM4, the smallest tape recorder at the time

Stellavox now has 12 employees. Demand for the Sm5 stretches production capacity to the limit. The company has grown too fast and financial problems arise. The construction of a new factory building becomes an additional burden.

The Stellavox company is sold to Stefan Kudelski, founder of Nagra. Production of the Sm5 is discontinued and no further Stellavox recording devices appear until 1969.

Georges Quellet, now back at work, is single-handedly developing a new leading-edge compact tape machine in his improvised laboratory. 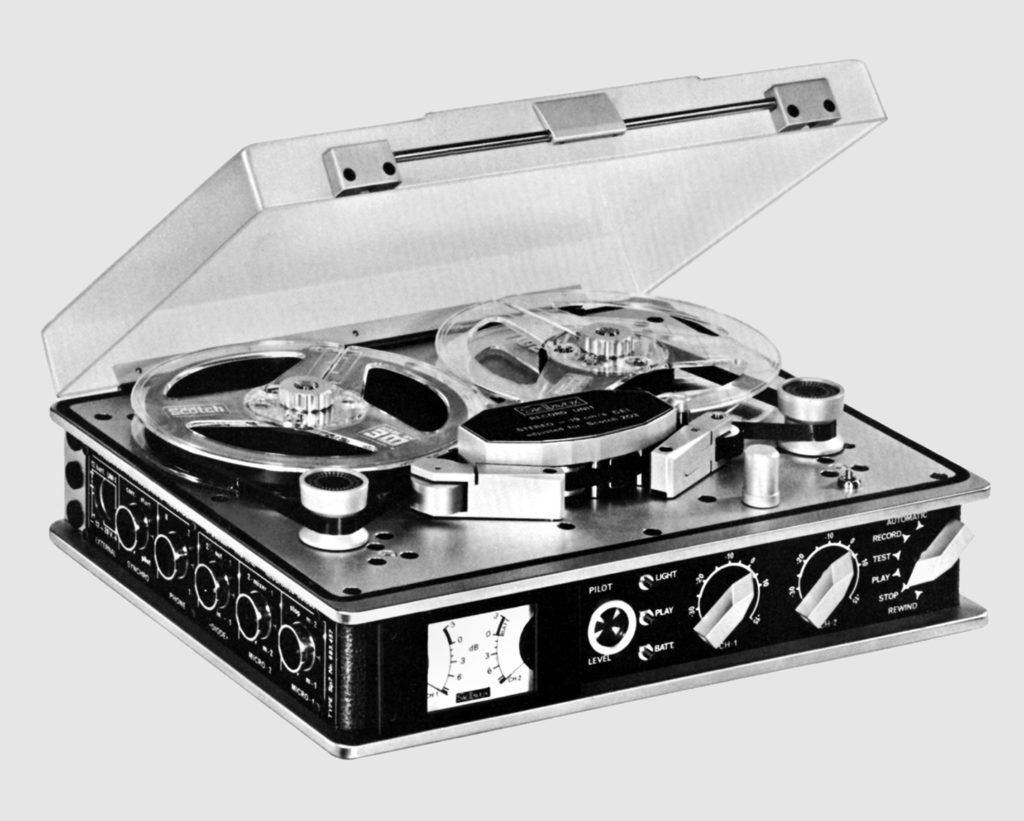 Together with former employees Gustav Brix and Jean-Pierre Gurtner, Quellet produces the modular SP7 tape recorder. This proves no mean feat: aside from developing the recorder itself, all production tools and fixtures also have to be built from scratch.

The new SP7 is a great success. Quellet is now able to buy back the former factory building and secure the Stellavox brand. 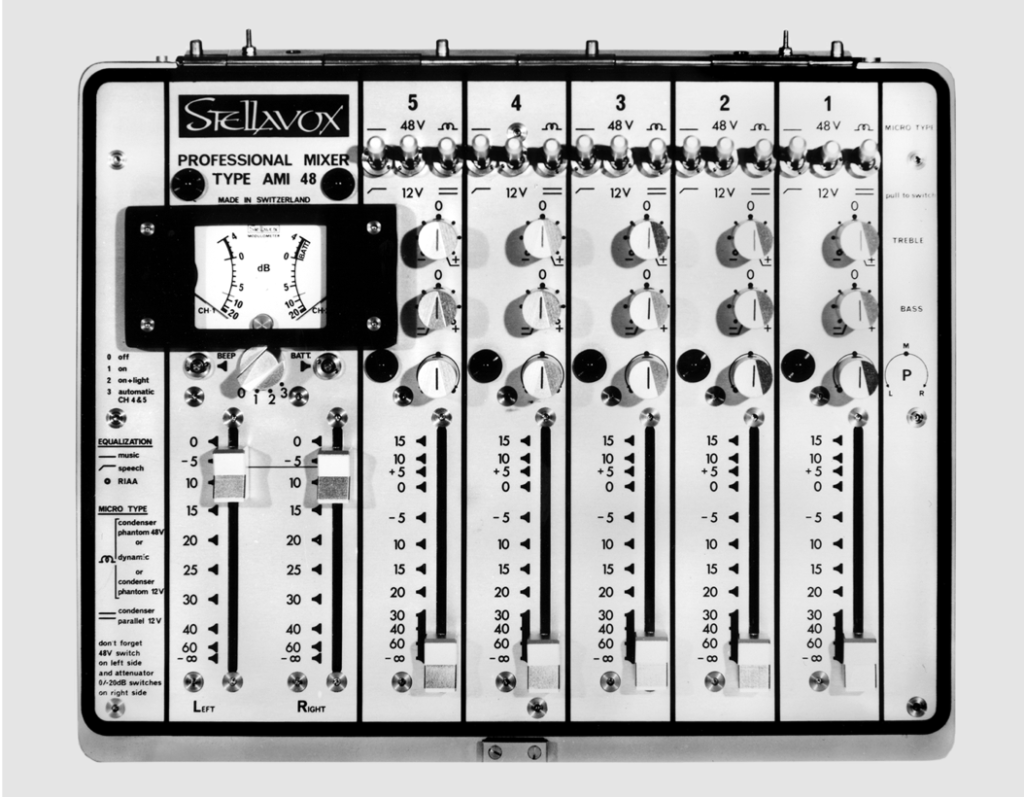 The portable mixer AM48 closes a gap between microphoning and recorder

The much longed-for Stellavox AM11 mixer is developed and launched. Other mixers are to follow including the AMI48 in1974 and, very much later, the WB10 in 2020.

50 people now work at Stellavox and over 2000 SP7 recorders are sold in the period up to 1977. Further work on developing the SP8 begins, and another successful product appears in 1976.

Quellet explores new markets with the development of the TD88 studio tape recorder, followed a few years later by the TD9. These recorders are fully modular: by replacing the head blocks they can be set up for all common tape sizes. Considered by many to be the best recorder ever built - digital or analog - the TD9 remains one of audio history’s most respected products. Foto 75_td88.tiff allg Bilder testo: “Georges Quellet with his first TD88”

Stellavox experiences further problems. Developing the TD88 and TD9 has pushed the company’s financial resources to the limit. Moreover, the emerging trend towards digital devices, especially in the portable recording market, has a negative impact on Stellavox sales.

Quellet is forced to close the company, selling both the building and its facilities.

Jean-Pierre Gurtner and Jean-Michel Simonet (development and production engineers at Stellavox since 1968) take over the machinery and service facilities for the tape recorders.

Despite the sudden death of Gurtner, Simonet continues to service Stellavox recorders and mixers.
Stephan Schertler, a Swiss audio electronics engineer and a big fan of the brand since first using an SP8 in 1988. (He also currently owns two TD9s.) decides to revitalise Stellavox again and to develop and produce new products in line with the company history

Project development is underway. The team, which now includes Claudio Furno, an audio electronics engineer specializing in digital control, application and PCB structure, begins intensive development of new products in the spirit of Stellavox and Georges Quellet. Towards the end of the year, Leonardo Sedano, an experienced R&D engineer, joins the team.

On 9th March, Stellavox SA is founded, based in Mendrisio, Switzerland. Its home is at the headquarters of audio manufacturer SCHERTLER SA. A pick and place and a CNC machine is purchased for the manufacturing of electronic components and mechanical parts. Intensive preparatory work commences prior to putting the latest generation of Stellavox products into production.